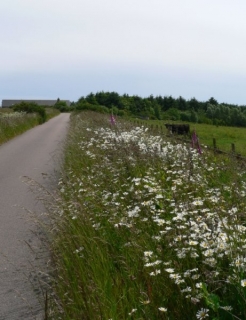 An epic eight plus hour public hearing was held on Friday 14 January at the Town House to discuss the future for the greenbelt land and wildlife at Loirston Loch. Will the wildlife haven  continue to exist or will a 21,000 seat football pitch for Aberdeen Football Club be built?

The Press & Journal covered this matter the next day with two articles on Page Two, and an editorial. No prizes will be given for those who guessed the P&J are fully behind the AFC Stadium scheme.

Before going further I will put my cards on the table:  I am against building in the greenbelt in principle, particularly when such a giant scheme is proposed, which clearly will have a negative effect on the whole area.  I will explain my opinions more later – but they are based on environmental and social concerns.  I do not stand to either gain or lose a cent if it is built or not.  Sadly, there is no hint in the Press & Journal pro-stadium articles that a source of stories as well as advertisements are AFC and Mr Milne, whose homes are often featured or advertised.  You might ask yourself if their support of their advertisers is wholly based on journalistic integrity.

Ms Kate Dean convened the meeting.  At least one Community Council had formally objected to her taking this role (as did I by e-mail).  A list of facts and allegations at the start of the hearing were presented which seemed to imply she would carry a bias towards the planning application going through. 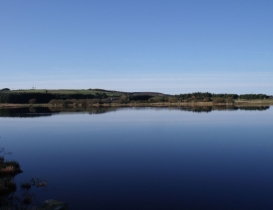 The City (it was alleged) had favoured the Loirston site; City money had been spent towards the proposal’s investigation, a possibility of land ownership conflict may have existed, and Kate’s connection to Cove Bay were all cited as grounds for her not to act as convener or even attend this hearing.

Indeed Ms Dean had declared her interest at a different ACC meeting, and decided on that occasion she would not be able to take part.

Having said she would show no bias, how did she do?

At some points Ms Dean allowed questions that called upon the individual objectors to make conclusions. It was clear that most objectors had never been in such a formal situation before.   For instance, community council representatives were asked to explain how they concluded that there was little or no support for the stadium.

this document did not mention that MSP Richard Baker had written in opposition to the plan, or that MP Anne Begg had forwarded correspondence from her constituents against it.

Some of those questioned said that they had asked at their community council meetings for opinions, had canvassed the wider community, and that they had received many comments against and found a solitary comment in favour.  Some mentioned apathy, and were asked to expand on this term.  It was repeated at different points that there exists a view, rightly or wrongly, that Mr Milne seems to get his own way in Aberdeen.

Ms Dean offered that this was untrue.   Well, maybe he doesn’t win 100% of the time with planners – but his goal average so far looks impressive.

One of the points raised by objectors concerned traffic and pedestrian safety.  This issue had also been one of many raised by the police.  Some of the councillors who seemed in favour of the proposal asked whether any objections from statutory consultees had been received.  The answer to this in black and white was no. 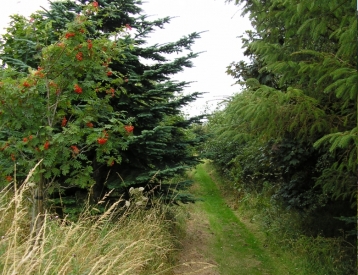 The real answer was that the fire services had chosen to abstain from giving an opinion, and that the police had raised at least half a dozen serious safety/policing concerns.  Not saying ‘No’ is not the same as giving approval. Also, the Council document prepared for the hearing stated that MSP Brian Adams had given the project his blessing.  For some reason, this document did not mention that MSP Richard Baker had written in opposition to the plan, or that MP Anne Begg had forwarded correspondence from her constituents against it.

The RSPB was not a statutory consultee.  It wrote to me – which I quoted at the meeting – to say that from an early stage it had been against the Loirston site’s selection.  They used the phrases in writing to me that “no real mitigation was possible” and that “no sensible person” could favour building this stadium on Loirston.

How was this summarised in the Environmental Statement (which taxpayers seem to have contributed to – the Council spent £180K so far on investigating the stadium)?  The RSPB position was summarised as ‘not to build too close to the Loch’.  Ms Dean as convener did not seek to clarify how such a disparity could occur.  Nor did she seek to investigate how the environmental council expert and the environment survey said that there would be no significant air pollution risks.  My speech to the hearing referred to the City’s own data which clearly say that Wellington Road already has air pollution problems.  I asked how getting 21,000 people into 1400 car parking spaces and using 80 buses (the applicant’s estimate of how many buses would be needed) down to the site would result in no increase in pollution.  Ms Dean did not express any interest.

Ms Dean described her experience at the Thistle. She said she was there, and a man near her ‘nearly put his  hand up’

Three community councils jointly held a meeting the previous evening at the Thistle Hotel, Altens.  Everyone was welcome; it was standing room only.  (See Aberdeen voice article published 14th Jan. )

When a show of hands for or against the proposal was asked for, virtually all present voted against it.  When this was brought up at the hearing, Ms Dean described her experience at the Thistle.  She said she was there, and a man near her ‘nearly put his  hand up’.  She said that he seemed to be afraid to do so, and ‘only half put his hand up’.  Dean also felt that there were probably a few more present that likewise felt afraid to vote in favour of the stadium.

I cannot quote her verbatim on this point – but the objective, impartial convener clearly concluded that people were for the stadium in her mind, but afraid to say so.  So – a meeting room filled with hundreds of residents might have had one or two people afraid for some reason to vote in favour – this obviously still shows the majority were against it.  Whether or not you are for or against this proposal, does anyone think that a convener of an important hearing should add her personal conclusions as to how someone might or might not have wanted to vote, which coincidentally favours her perceived bias? 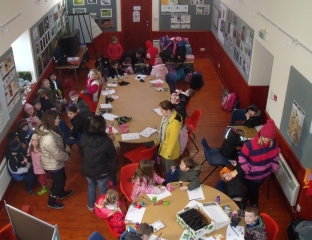 This meeting had many eye-openers.

I for one had taken it for granted that Pittodrie could not possibly have been remodelled or improved: the papers said it, and I made the mistake of believing it.

One of the 23 opponents gave an excellent speech stating how Norwich FC managed to improve its facilities one side at a time.  Why Pittodrie can’t do the same was back as a legitimate question – no one had an answer for it.

Amusingly, along with 80 buses to be supplied by First Bus to whisk people to Loirston, we are apparently given some sketchy parking options – Businesses in Altens take note:  approximately half of the 1400 spaces are promised to club officials and employees.  Since there is not sufficient car parking on the actual site, the plan seems to now include either making Cove and Altens open season for parking and making residents buy parking permits, then having parking spaces for rent at the oil industry sites and sites of other users of Altens Industrial estate.

I do not know how the oil companies will react, but considering the commercial and strategic value of their property, I doubt having concert goers and football fans coming and going at all hours of the weekend will be seen as a security bonus.  No obvious risks to the oil companies there then – just hundreds of happy, well behaved people parking at all hours of the nights and weekends on normally secured oil industry premises.

Yes, I personally don’t want the stadium on Loirston:  I intend to profit instead by having owls, buzzards, osprey, various other birds, protected species such as otters and bats, badgers and wild plants including orchids flourish there instead.  The question is where do your elected representatives sit?  If they are not representing you, then perhaps it is time to get new representatives.

The press is meant to be ‘the fourth estate’ – an impartial witness to what goes on in the branches of government and business.  I have admitted I am partial – but I’ve read both sides and made a conclusion not based on what I can gain from it financially or otherwise.

Did the P&J tell you this development is planned for legally protected greenbelt land?

Did the P&J explain how crowded the Thistle Hotel , Altens meeting was with virtually no supporters for the plan?

Did the article mention the wildlife that depends on the site for food?

It’s editorial page was only slightly more openly in favour than the ‘articles’ – it accused opponents of the AFC scheme of ‘nimbyism’ – i.e. ‘not in my back yard’ as the reason for the objections.

Those of us at the hearing (and I didn’t see a single person in favour of the development at the hearing in the public gallery of the 20+ people present) do not want the greenbelt destroyed – which is a far cry from ‘nimbyism’.  But when have the P&J let facts get in the way of a good story or indeed of revenue.