The next time you look for herbal remedies or even loose herbs you’d been able to buy freely, you might find them on an European Union list of banned products rather than on the shelf. 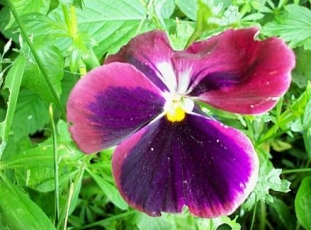 In a move which may well see small herbalists and herbal suppliers forced to close, the EU has decided that hundreds of herbal tinctures, blended remedies and even some loose herbs such as Pau d’Arco and Meadowsweet may be banned, or available only on prescription.

A Herbal Forum was set up to look at the issues involved in the legislative changes; but the outcome seems to mean that many herbs – some used for thousands of years throughout the world – will now be treated as if they were untried pharmaceuticals.

It is true that there have been problems in the past with some people having bad reactions to herbal medications, and the industry does need a form of quality control.  However, many feel that the legislation is far too heavy-handed for the small number of problems that existed.  In the UK for instance, the herbal stimulant Kava Kava was banned following one person having an adverse reaction to it some years back – and it should be noted that the herb had been incorrectly prepared .

It should be equally noted that there have been some notorious problems with prescription drugs and adverse reactions, addition, and bad prescribing, and the problem of what remedies should be taken in what quantity and by whom is simply not based on whether the remedy in question is plant or laboratory based.

Neal’s Yard Remedies is without doubt one of the UK’s oldest, most respected suppliers of loose herbs, herbal remedies, beauty products and therapies.  It sells a very wide variety of loose herbs, many have roots (pardon the pun) going back to pre-Christian times, and are indeed tried and tested.  A spokesperson from Neal’s Yard confirms that the company has been involved for several years working with trade associations on the best way to implement the legislation in the UK, but notes future potential problems.

The way the law has been framed, many shops will have to cease selling many of their  herbal products, and the licensing of products made by combining two or more herbs would have to jump through expensive, time-consuming hoops, which many small producers and herbalists simply cannot afford.

Let’s look at Meadowsweet again.  This plant was used by the Celts and others (it was a sacred herb along with Vervain and Watermint); it contains a substance from which modern aspirin was in effect derived.  Used as a tea, Meadowsweet can provide swift pain relief with virtually no stomach problem – aspirin can cause minor stomach bleeding for many.

Taking a plant with such a well-documented history of success off the market would serve very little purpose:  most of us could find it growing wild, or buy it off the Internet.  And there is where the law has failed us:- rather than going to an established herbal practitioner which sells pure, untainted herbs, if you are forced to go to the Internet, you really are making a great gamble as to what you will wind up with.  If you find a plant growing, unless you are very competent, you might take the wrong herb, or as is sadly the case, you might pick the right herb, but it may well have grown on dangerously polluted soil.  Thus the law serves very little protective purpose.

A little tightening up of regulations would have been beneficial; this law seems more based on heavy-weight EU legislation – ‘taking a sledgehammer to crack a nut’ is the phrase that springs to mind.

My advice to those who use herbal products?  Stock up on your favourite herbal remedies  now.